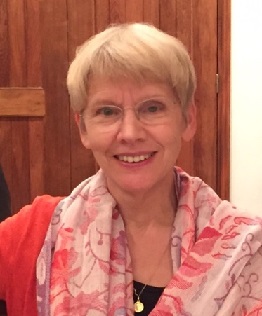 A career diplomat, Mrs. Anne de la Blache was appointed by the President of the Republic as Ambassador, permanent Observer of France to the Organization of American States. She took up this position on September 4, 2018 and presented her credentials during an official ceremony on September, 17 2018.

She notably served as Ambassador of France to Botswana and Special Representative to SADC, from January 2013 to December 2016. From July 2008 to October 2012, she was Senior Counselor at The French Embassy to the United States. She also served abroad as Political Counselor in Madrid, Spain (2000-2004) and in Brussels, Belgium (1996-2000).

Ambassador de la Blache’s other past assignments include several positions in the Ministry of Foreign Affairs’ headquarters in Paris, the last ones being Director for training and recruitment and Director of the Consular Institute (2004-2008); Deputy-director of the West African countries Office and responsible for African financial and economic Affairs, both in the African Department (1993-1996); Deputy-director for Central America and the Caribbean (1990-1992).

A passionate supporter and advocate of development through education and empowerment, with a special focus on young people and women, Ambassador de la Blache was also involved in the non-profit sector as a volunteer, chairing two non-profit organizations, one dedicated to teenagers and culture, the other to fighting poverty and supporting education in Madagascar and India.

She studied political science, public administration and international relations in Paris and received the Diploma from Institut d’Etudes Politiques de Paris in 1977.

She is the mother of four children, one daughter and three sons.