Home > France’ support to the Organization of American States (11 December (...)

France’ support to the Organization of American States (11 December 2017)

The Ambassador, Permanent representative of France to the OAS, issued a grant from the French government to the OAS Department of Electoral Observation as part of his support to the OAS programs for the consolidation of democratic practices in the Hemisphere. 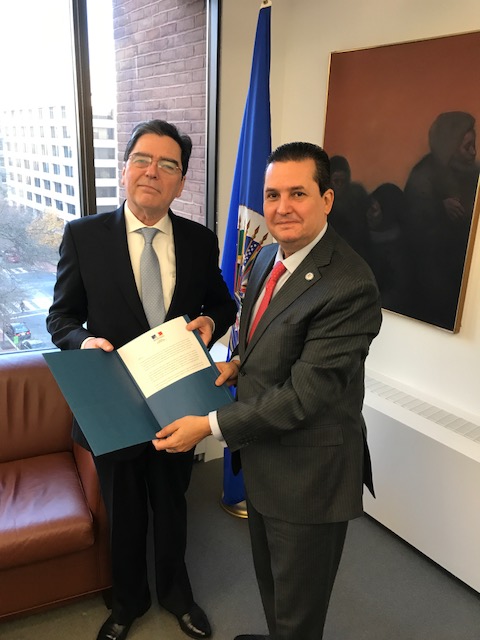 Since 1962 the OAS has deployed over 240 Electoral Observation Missions (OAS/EOMs) in 27 countries throughout the continent. The missions have progressively expanded the scope of their work through the implementation of methodologies that allow the analysis of key aspects of the electoral cycle such as gender equity in political campaigns, political financing systems, access to media and participation of indigenous and Afro-descendant peoples.

Website of the Department of Electoral Cooperation and Observation