Jean-Yves Le Drian welcomes the holding in Port-au-Prince on December 5 and 6 of the 2nd conference on decentralized French-Haitian cooperation, jointly organized by the National Federation of Haitian Mayors and “Cités Unies France” with the support of the Ministry for Europe and Foreign Affairs and the Haitian Ministry of Interior and Territorial Communities. The minister for Europe and foreign affairs attaches the highest importance to our cooperation with Haiti and the Caribbean states, especially in the wake of the havoc wrought by Hurricane Irma. 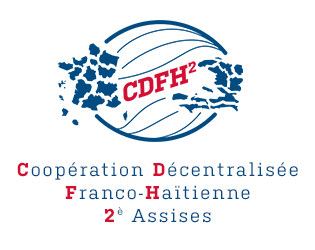 The conference will bring together more than 500 people (local authorities, government representatives, international organizations, associations, private sector). It will be aimed in particular at taking stock of the efforts undertaken since the last conference in 2009.

Cooperation between French and Haitian local authorities started at the beginning of the 1990s and developed considerably after the earthquake in 2010. There are currently around 20 active partnerships involving 27 French local authorities. They cover five main areas of activity: the sustainable economy; education, social issues and research; environment, climate and energy; local governance and institutional support; culture and heritage. Assistance from French local authorities in support of Haiti amounted to more than €3,000,000 in 2016.

The Ministry for Europe and Foreign Affairs actively supports these activities and has provided €253,000 in co-financing this year for eight decentralized French-Haitian cooperation projects (including a project to support the development of public youth policies between La Rochelle and Port-au-Prince and a project focusing on water and sanitation, electricity and local taxation between the Savoie departmental council and the town of Dessalines).