For this fourth edition, Goût de France will involve French embassies abroad and the chefs from some 3,000 participating restaurants around the world. They will all offer “French menus” on the same day, Wednesday 21 March 2018. An event organized by the French Ministry for Europe and Foreign Affairs and Alain Ducasse 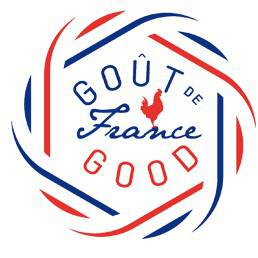 Goût de France / Good France is a unique global event held on 5 continents in over 150 countries which, for this fourth consecutive year, will involve French embassies abroad and chefs from around the world.

They will all offer “French menus” on the same day, Wednesday 21 March 2018. This fourth year will see some 3,000 participating restaurants, including 1,500 chefs currently registered in France. And for the first time, there will be a regional focus with the Nouvelle Aquitaine region selected as guest of honour. Alain Ducasse also wanted this year’s event to be an opportunity to pay tribute to Paul Bocuse with the participating chefs having the opportunity to include one of Paul Bocuse’s dishes or a dish inspired by him in their menus.

2017 saw France make a significant comeback as an attractive tourist destination. Nearly 89 million international tourists visited France (up 5% on 2016), making 2017 a record-breaking year for French tourism. With a third of tourists coming to France for its culinary heritage, French gastronomy has become one of the key drivers of France’s attractiveness and cultural outreach. The wealth of France’s cuisine and the inclusion of the “gastronomic meal of the French” on the UNESCO list of intangible cultural heritage make France a unique destination offering a wide variety of ever-changing gastronomic experiences.

French chefs on board 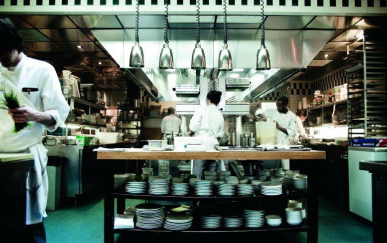 Since November 2017, restaurants around the world, from fine restaurants to high-quality bistros, have been invited to apply on the event’s website and offer a menu showcasing France’s culinary traditions. An international selection committee of chefs, supported by the embassies, will approve the list of participating chefs and ensure the quality and coherence of the menus.

Again this year, the Collège Culinaire de France is an official partner of the event. All the Restaurants de Qualité, selectioned by the association’s founding chefs, will participate in this year’s Goût de France / Good France event and in doing so will become drivers of the shared dynamic which symbolises and carries the outreach of French gastronomy around the world.

“Traditional or modern, there is only one cuisine… good cuisine.” Paul Bocuse

Region in the spotlight: Nouvelle Aquitaine

3 key events, with the Goût de France / Good France label, will promote the excellence of French gastronomy throughout France and abroad as part of the French Government’s action plan proposed in 2018:

From 2019, these three events will be held together during the spring creating a new highlight in the culinary calendar to promote France’s gastronomy and the attractiveness of all of France’s tourist destinations.